12 years plus was the timeline for the making of this critically-acclaimed novel. Nappa was deeply immersed in the life, poetry and world of Henry Wadsworth Longfellow from 2002 until June 14th, 2017 when it was officially released on his 59th birthday. It garnered early praises while he worked on it as his thesis in the MFA Creative Writing program at Queens University in Charlotte and even more upon its completion and release. Here’s a summary from the jacket:

Henry Wadsworth Longfellow was enormously famous in his day. Adults and children celebrated his poems, both in America and abroad. He was the first American poet admitted into the Poets’ Corner of Westminster Abbey in England and was renowned for such works as “Hiawatha,” “Paul Revere’s Ride,” “Evangeline,” “Tales of a Way-side Inn” and others. However, his amazing life was wrought with trials and heartaches during an era when America was laboring to grow up without destroying itself in the process. What Longfellow Heard is a powerful telling, in many of the words and musings of the poet himself, of his tragic quest for love and family, his longing for art and fame, and his heartbreaking losses. Discover how his art and faith wrestled within him while he desperately tried to make peace with the tumult of his times. Experience the tragedy of his first marriage, his long road to recovery, and his passion for the woman he pursued for seven years while the nation fractured and his poetry soared. What Longfellow Heard is a novel with profound relevance to our modern-day polarization, increasingly clouded national identities, and the universal aching for peace, joy, and purpose in the midst of conflict and confusion. 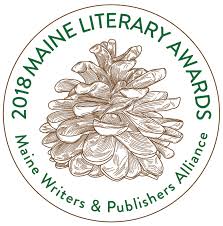 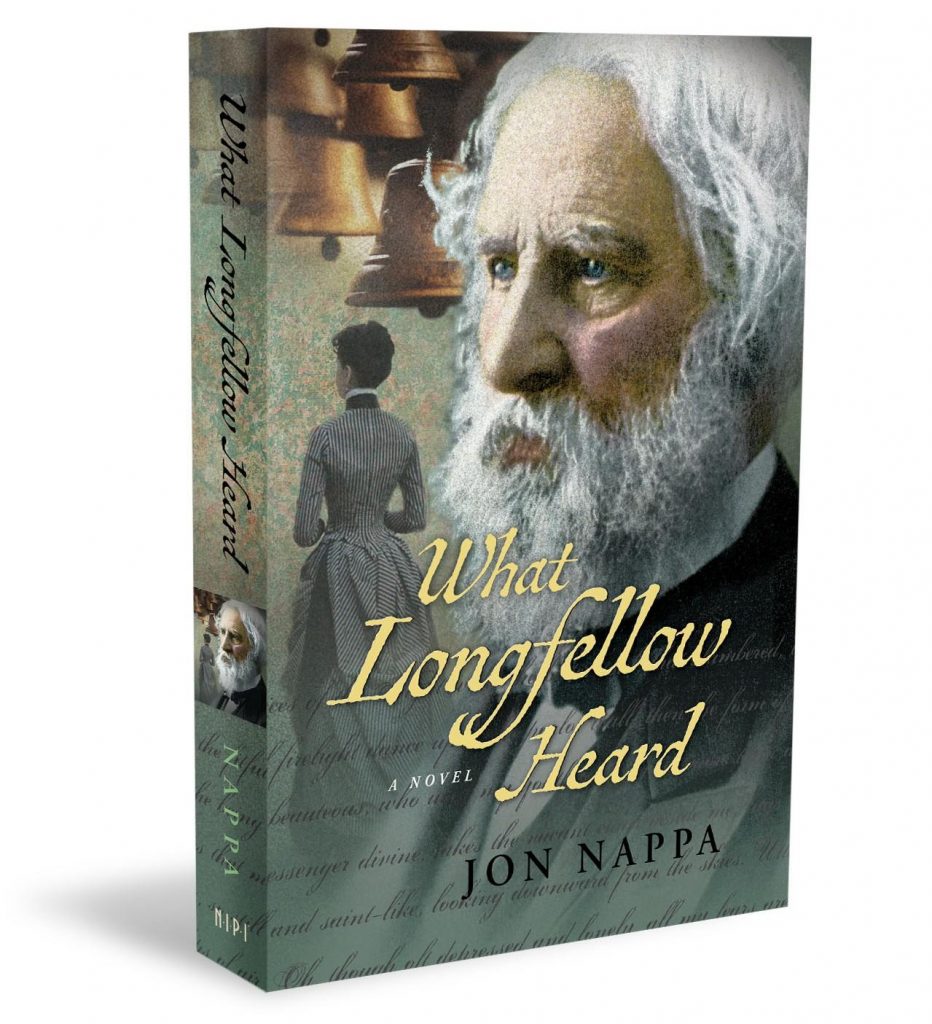 All books sold on this site are personally signed by the author, Jon Nappa
Description

ℐheard the Bells on Christmas Day is an original poem written by Henry Wadsworth Longfellow in 1863. Today, it is often sung at Christmas time but without the following two verses which are from the original version:

Then from each black, accursed mouth

The cannon thundered in the South,

And with the sound

It was as if an earthquake rent

The hearth-stones of a continent,

The “black mouths” refer to the cannons blasting throughout the Civil War. But cannons were not the only things Henry heard. Bells chimed the world over and along with everything else he was hearing, these things had meaning to him. He wrote and shared what he could and what he shared became meaningful and Henry Wadsworth Longfellow became enormously popular in his day despite so little being known about him to audiences today. As Nappa undertook this project, he learned much about Henry, his times and important truths about humanity that survive every age. What he discovered touched him, angered him, moved him, depressed him and gave him hope. Over the years, Nappa devoured anything he could read by him and about him, built a 16-foot timeline of his life and achievements (soon to be pictured below), and wrote this novel about Longfellow’s life and loves, his work and his art, his day and ours, and the things that bind us most.

Reviews
⭐ ⭐ ⭐ ⭐ ⭐
"Nappa’s first-person prose is earthy and rich, yet highly polished. The narrative voice is so authentic that the period-appropriate language does not distract from the book’s liveliness or humor. Dialogue is a particular strength, as Nappa’s fine ear brings animation and individuality to every character, including those with the smallest parts to play. Though based on the historical record of Longfellow’s life, the emotional depth of Nappa’s work makes it feel original and enlightening. Pitch-perfect in its voice and deeply sympathetic to its title character, the novel is an engaging and vivid portrait of Henry Wadsworth Longfellow’s journey from childhood to immortality."

⭐ ⭐ ⭐ ⭐ ⭐
"I felt it necessary to tell you how much I appreciated and enjoyed What Longfellow Heard. I would go so far as to say it was one of the most brilliant books I've read. As a Longfellow disciple, I wasn't sure that another historical fiction account of Henry's life would interest me that much, but your novel proved spellbinding. The imagery was astounding: the watery dreams of Mary with the glittering lights below the waves; the immediacy of Fanny's fury with him upon the publication of Hyperion; the subtle realization of the disparate polarity of America then and now, and especially the visions I had -- long after reading your book -- of Henry sailing across the Atlantic in the dark, feeling poorly, writing the Slavery poems and gazing out into the lonely blue from his cabin were so intoxicating I could hardly breathe while reading them, such was your ability to conjure the poet to life once more. I commend you, sir, on a spectacular novel which I am happy to add to my already bordering on obsession Longfellow library. I shall read it over and over. And the book gave me tremendous comfort during a rather bleak and depressing year. Thank you and stay safe!"

⭐ ⭐ ⭐ ⭐ ⭐
"It's one of the very few I looked forward to getting back to when I had to put it down. Nappa offers such a wonderful sense of scene--the death when Clara comes in, the first meeting with Fanny, that fantastic scene with the landlady and canker worms. The author shows a great eye for the particularizing detail."

—NAEEM MURR, author of The Boy, The Genius of the Sea, and The Perfect Man.

⭐ ⭐ ⭐ ⭐ ⭐
"Jon Nappa's Longfellow is remarkable. The book does an amazing job of humanizing Henry. It works brilliantly."

⭐ ⭐ ⭐ ⭐ ⭐
"I really liked it. Henry comes vibrantly to life in these pages, and the way Nappa massages in Longfellow's poetry and writing process is very deft."

⭐ ⭐ ⭐ ⭐ ⭐
"The challenge: tell a convincing tale in the voice of one of America's most lauded wordsmiths. Talk about setting a high bar for yourself as a writer! But Nappa is more than up to the task. Writing with passion, compassion, wit, and erudition, Nappa delivers a compelling story laced with poetry and real insight into Longfellow's life and his art. Best of all, it inspired me to re-examine the poet's work, and with far greater depth and appreciation than before."

⭐ ⭐ ⭐ ⭐ ⭐
"One of the main pleasures I have in these pages is the way Nappa brings the flavor of Longfellow's language into his own prose. The period feels vividly imagined, from the clothes and the furnishings to the way people speak and write to each other in letters... The world of this novel is very compelling and made me care about
Longfellow in a way I would not have expected."

—ZACHARY LAZAR, author of Sway and I Pity the Poor Immigrant.

The book follows Longfellow from his childhood to his old age; its main focus is on his development as a poet. Enthralling, lively portions of the book are devoted to his artistry and process, focusing on the events—both historical, like the abolitionist movement, and personal—that inspired his best known poems. Longfellow’s courtships of, and marriages to, Mary Potter and Fanny Appleton play a key role, and are depicted in a sweet, amusing fashion; their inclusion also involves heartbreaks. Longfellow twice becomes a widower, and his grief and depression are handled in an empathetic manner.

The tumultuous events of the nineteenth century are a vibrant background for Longfellow’s fascinating story. But the book is paced in a meandering, erratic fashion. Some periods of Longfellow’s life, including his young adulthood, are covered in extraneous detail; others, such as his early childhood, and the eighteen-year period between his second marriage and his wife’s death, are glossed over in a handful of pages.

Intriguing historical figures contribute to Longfellow’s tale, including members of the Five of Clubs, an informal intellectual group that included other men who were significant figures of the period themselves. Among these, Charles Sumner, the US senator and abolitionist, and Cornelius Conway Felton, the president of Harvard University and regent of the Smithsonian Institution, stand out. They are shown playing a key role in the development of Longfellow’s political views because of their conversations and debates with him. Indeed, it is at Sumner’s request that Longfellow writes and publishes an anthology titled Poems on Slavery as a contribution to the abolitionist movement. But the relationship between the members of the group is also characterized by genuine, touching friendship, which runs the gamut from fun banter to members offering support to each other during hard times.

A significant portion of the book is devoted to Longfellow’s reflections on artistry, fame, and inspiration. From the beginning, and even more so after painful events like the deaths of his wives, his musings on the purpose of art and the artist, and the artistic process, constitute a thread that underlies the novel as a whole. His lectures at Harvard also allow for in-depth discussions about this topic.

The book’s first few pages, which are set during Longfellow’s childhood and adolescence, feature run-on sentences and stilted paragraphs. This issue vanishes as the novel progresses, though; by the time Longfellow reaches his adulthood, the book has settled into shorter sentences and less grandiose diction, helping it to flow. It comes to have a poetic quality itself, in particular when it comes to Longfellow’s letters, which are full of metaphors and analogies that enliven the narrative.

Ultimately, the book is equal parts narrative and metaliterary reflection. The events in Longfellow’s life, and the creation of his poems, wend together in an intrinsic manner, influencing each other until it is no longer quite clear, even to Longfellow himself (who is ashamed of how his mind conjures up verses during moments of grief), which is more significant to him. The novel’s ending, set during the Civil War, is bittersweet. Longfellow’s grief and weariness are tangible, but so is his love for his family and his hope for a better world. 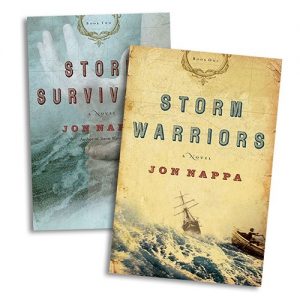 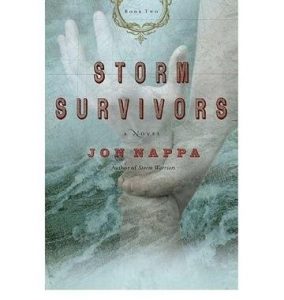 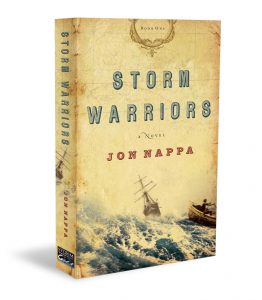 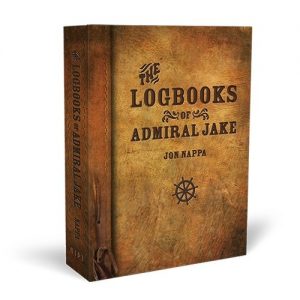 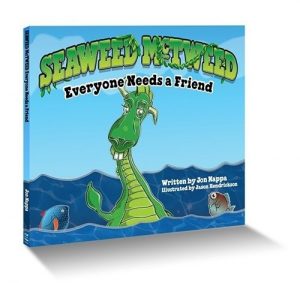